When Your Deck Falls or Fails 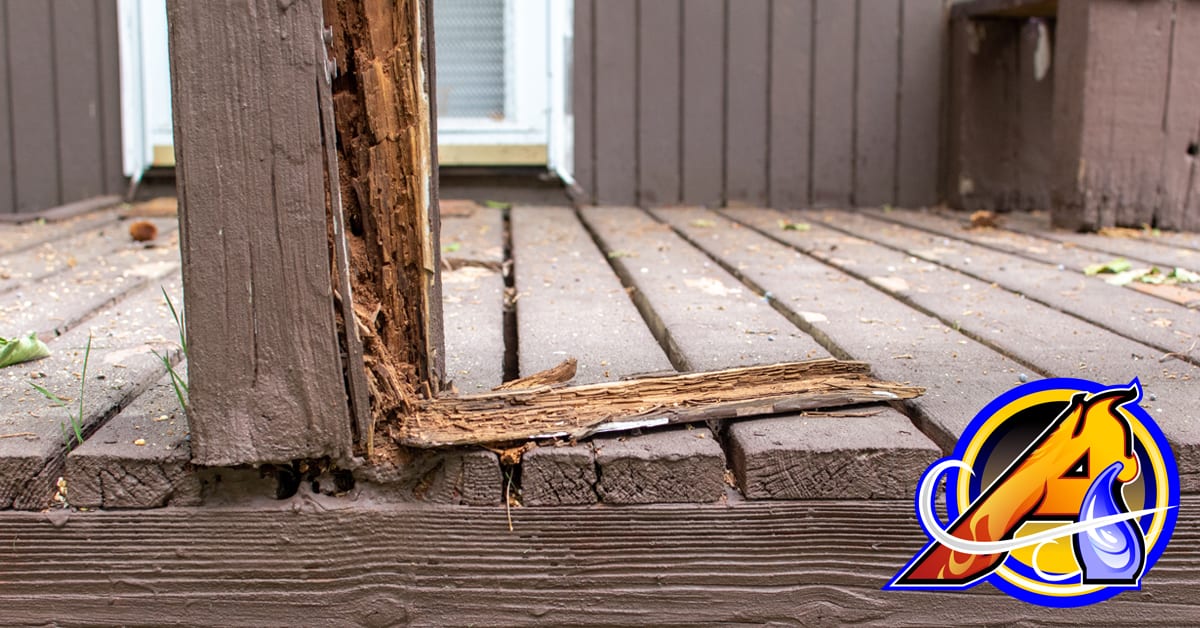 Having a deck attached to your home is a great way to enjoy the outdoors. However, an exposed deck is subject to all the weather we face here in Maryland. Over time, rain, snow, and sun can take their toll and cause the deck’s condition to deteriorate.

The older a deck is, the more likely its condition can lead to failing and potentially falling. The last thing you want is to put your guests in danger while they are enjoying a beautiful Maryland day or evening.

An overcrowded deck could collapse if not properly maintained. Here are a few problems that could arise and lead to deck collapse.

Ledger Boards Pulling Away or Splitting

The most common cause of deck collapse is a failure in the ledger boards, as the ledger boards attach most decks to the home. Depending on the age of your deck, you might have nailed it to the house. This increases the likelihood of a deck falling and failing.

Newer building code requires through bolts, lag screws, and/or tension ties to attach the deck to the house. This updated code creates a solid connection between the house and the deck, making it more sturdy and less likely to pull away and cause deck collapse.

The ledger boards could also split, especially if they were constructed with nails along the length of the board and not in a staggered fashion. It can eventually cause the ledger board to split and pull away from the house if a crack forms.

Board rot can occur if the right lumber is not used when framing the structure. Installing flashing is another way to route water and snow away from the deck’s structure to reduce board rot. If you aren’t sure the type of wood used to construct your deck, you should have an inspector come out to see how structurally sound it is and if the lumber is decay-resistant.

Staircases and decking are usually left out to the elements and can degrade over time. Splitting, sagging, and cracks can lead to the splintering of the wood, causing decking to become dangerous underfoot and railings to become defective. Screws or nails used to attach decking can also pop out, which could cause injury.

The large horizontal beams running under your deck are there to support the floor joists and provide structural integrity. The beams should be checked for any signs of water damage, cracks, sagging, warping, or other damage. The beams should be securely fastened to the top of the support piers or posts. If there are any defects, you should use additional supports to shore up the deck.

If your deck does not have a solid and supportive foundation, it could lead to collapse. Strong winds, snow piled up against the deck, and ground movement under the deck could also cause the deck to collapse. The foundation is even more critical with a tall deck. This is because foundation support failure could lead to the ledger board pulling away from the home, even if it was correctly attached.

Metal hangers and post anchors are often used to construct a deck and attach joists. You should inspect each joist hanger, metal hanger, and post anchor regularly to ensure they don’t show any signs of rust, being pulled loose, or missing a hanger nail. Each mounting hole should have a hanger nail keeping it secured.

At Allied Restoration in Gambrills, Maryland, no job is too big or small. We offer all forms of remediation, including smoke, fire, water, flood, and mold. We are also certified in asbestos removal and home improvement projects like fixing up your old deck to eliminate deck collapse.

Call us today at Allied Restoration in Gambrills, Maryland, to get a free estimate on your deck and home improvement needs.

Allied Restoration is an IICRC (Institute Of Inspection, Cleaning and Restoration Certification), Certified Firm. Our Senior Project Manager, Wilma Fogler, was the first person in the State of Maryland to achieve the IICRC Master Water Restorer Certification. Allied is Licensed, Bonded, Insured, and a member in good standing with the Better Business Bureau. READ MORE